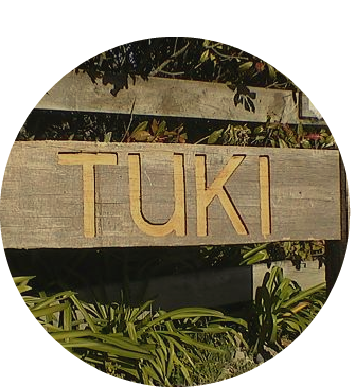 Tuki is located in the heart of Hawke's Bay wine country, on a latitude of 39° 39min south, on the east coast of New Zealand's North Island. The altitude is not much above sea level. Click Here for a Google map.The vineyard is gently sloping and receives all day sun. Winters are cold at night but can still be warm during the day with annual rainfall of between 650 and 850mm. Heavy frosts are rare. The soils were formed by volcanic and seismic activity and are a sandy clay loam over river shingle.Summers are relatively dry with temperatures sometimes above 30°C. Leaf formation generally begins in September, with vines generally having produced all their foliage by the end of January. Fruit growth continues and matures between March and May. The unique microclimate creates an environment similar to the very best wine growing regions of France.